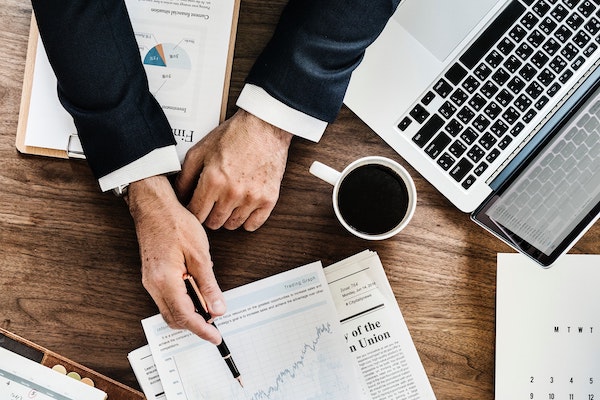 A group of lawyers claims Saco-based Prime Automotive Group’s majority owner, New York investment firm GPB Capital Holdings, is at the center of a coming “avalanche” of arbitration cases against brokers that pushed unsuitably risky investments in the company on retirees and other unsophisticated investors.

At least two such cases already have been filed, one on behalf of 91-year-old Florida widow Millicent Barasch, and the other by retired Oregon couple Grigory and Alexandra Kogan. A representative of two law firms involved in the cases said he expects hundreds more to be filed, including some by investors in Maine and New England who were negatively affected by what he described as GPB Capital’s “alleged Ponzi scheme.”

The Barasch and Kogan cases involve nearly $1.5 million in retirement savings and trust assets that have been tied up in GPB Capital, which is currently under investigation by state and federal authorities.

GPB Capital made headlines recently for firing Prime Automotive’s former CEO David Rosenberg just two months after Rosenberg filed a lawsuit alleging the investment firm is running a Ponzi scheme by using new investment money to pay returns to existing investors. GPB Capital said its decision to fire Rosenberg was unrelated to the lawsuit, but it declined to state its reasons for firing him.

Rosenberg’s lawsuit was triggered when GPB Capital failed to pay him $5.9 million on July 1 as part of its buyout of Rosenberg’s stake in a fund that is behind the purchase of dozens of auto dealerships. In 2017, Rosenberg sold a majority stake in Prime Automotive for $235 million to GPB Capital, which already owned dealerships in Texas, Pennsylvania, New York, New Jersey and Connecticut.

Neither of the two Financial Industry Regulatory Authority, or FINRA, arbitration cases filed by Barasch and the Kogans names GPB Capital as a defendant. Instead, the cases focus on independent broker-dealers that sold investments in GPB Capital to the plaintiffs. Those brokers include Madison Avenue Securities of San Diego, Bankers Life Securities of Chicago, and Crystal Bay Securities of Delray, Florida, which is no longer in business.

The complaints allege the brokers were enticed by GPB Capital, which offered commissions far higher than the industry standard, to push unsuitably risky investments in GPB Capital on their clients, violating FINRA rules regarding suitability of investments and conflicts of interest.

“GPB Capital has its own problems, but there’s an equally big problem out there in the investment world,” said Joseph Peiffer, managing partner of law firm Peiffer Wolf Carr & Kane, which represents Barasch. “You have brokers and brokerage firms stooping to new lows with products like GPB. Like cheese to a rat, GPB’s commissions drew out the greediest brokers.”

FINRA rules state that broker-dealers “must have a reasonable basis to believe” that a transaction or investment strategy involving securities that they recommend is suitable for the customer. The principle of suitability generally dictates that older investors with a lower tolerance for risk should not be sold high-risk investments with high potential returns.

FINRA also has a variety of rules intended to prohibit conflicts of interest in which brokers sell certain investments for their own personal gain if those investments are unsuitable or recommended to clients based on “misstatements or misleading omissions of material facts, and fraudulent or manipulative acts and practices.”

GPB Capital spokeswoman Nancy Sterling noted in a statement that the investment firm is not a defendant in the arbitration cases, which are aimed exclusively at brokers who sold shares in the firm’s investment funds.

“These are not actions against GPB Capital, but against independent broker-dealers who are unrelated to GBP Capital,” Sterling said. “GPB Capital is a (U.S. Securities and Exchange Commission) registered investment adviser and as such is not subject to oversight of, or regulated by, (FINRA). The only avalanche we have seen is the number of press releases from plaintiff law firms who are trying to solicit clients for claims against broker-dealers.”

GPB Capital has been under investigation by state and federal authorities for several months for potential securities law violations. In April, Automotive News reported that the FBI and a New York City agency had searched the investment firm’s offices in late February. GPB Capital also said it was facing inquiries by the SEC.

In August, a group of GPB Capital investors filed a class action lawsuit against the investment firm for failure to provide timely and accurate financial statements, among other allegations.

“The regulatory issues GPB faces make clear that the products peddled by this company were inherently flawed and subject to serious risks that should have prevented brokers and brokerage firms from selling it to anyone, let alone elderly, unsophisticated investors like Mrs. Barasch and the Kogans,” said attorney Courtney Werning of law firm Meyer Wilson, which represents the Kogans. “Had any one of these firms done what it was required to do, these people would not have been victims. The sale of GPB to these investors would have, and should have, been outright prohibited.”