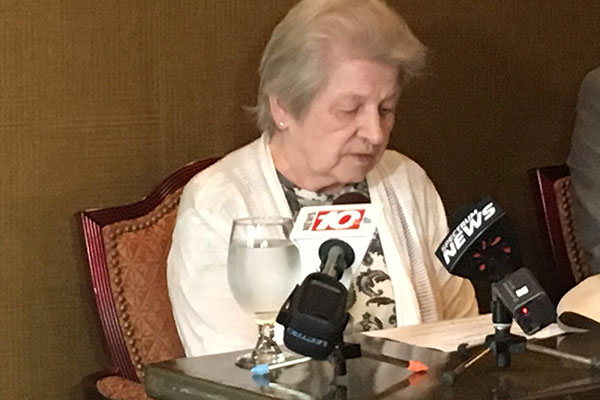 A financial advisor fraud has led to the single largest securities settlement in Upstate New York. Counsel for two of the victims believes it may be the tip of the iceberg.

Shirley Kerwin says Francesco Puccio took over her retirement and wiped out her life savings.

“He keeps changing me to different annuities and stuff, and I really didn’t understand it,” the Scottsville widow said. “I told him, I trusted him.”

Kerwin got help from a neighbor and called Puccio out. She ended up with a settlement of less than $500 a month, a debt with which Puccio struggled to keep up.

An attorney says that led Puccio to defraud Sandra Fitzpatrick and her husband, the operators of a poultry farm in Whitesville, a stone’s throw from the Pennsylvania line in Allegany County.

Such were the events that led to Upstate New York’s largest single settlement for securities activities. The Fitzpatricks received $3.2 million from AXA, the firm affiliated with Puccio during his dealings with the family.

Kane blames Puccio, convicted of a felony in Kerwin’s case, and AXA, for allowing Puccio to victimize the Fitzgeralds. He says Puccio closed the deal by impersonating their son Kerry Fitzpatrick.

“Basically Puccio’s goal was to actually make a loan against one of my parents policies so that he could sell them yet another variable annuity policy,” said Fitzpatrick.

Kane believes it’s a systematic problem for AXA, which has paid out multi-million dollar settlements in recent years.

“Don’t be afraid to stand up for your rights, because you are the victim,” Kane urged.

These actions were inconsistent with our policies and values. The financial professional who was involved in this matter has not been affiliated with the company for more than five years. We remain committed to serving our clients with integrity.”

Peiffer Wolf Carr & Kane has helped thousands of investors who have suffered substantial losses. If you have Variable Annuities or Life Insurance Products in your investment portfolio, Contact Us by calling 585-310-5140 or by filling out an online Contact Form for a FREE Consultation.