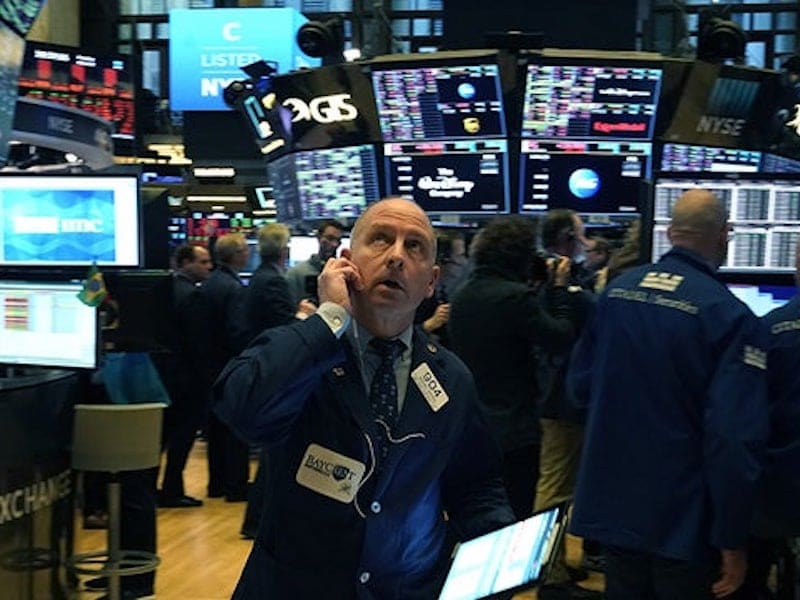 For older workers near retirement, a downturn could shortchange their retirement savings.

The crashing stock market and slowing economy are raising worries for older Americans who are retired or preparing to retire.

Stocks fell off a cliff Monday as oil prices dropped and fears of the coronavirus intensified. The Dow Jones Industrial Average was trading down 2,000 points, a 7.8 percent drop, its worst day since the 2008 financial crisis.

Retirees, or those preparing to retire, often have a significant chunk of their retirement portfolios invested in stocks.

“Disproportionately, older households have more exposure to stock market fluctuations and less time to catch up,” said Monique Morrissey, an economist at the Economic Policy Institute, which focuses on poverty reduction.

The average household in the 55-64 age range has $322,000 in equities, meaning the 19 percent drop the markets have suffered from their peak last month could take out a significant chunk of retirement savings.

But that figure is skewed, Morrissey noted. Half of households in that same range have under $5,200 in equities, a sign of a broader crisis in retirement savings the country already faces. Only about half of Americans have a defined contribution retirement plan such as a 401(k).

The troubles in the stock market will have fewer direct effects on low- and middle-income workers, but the changes in the real economy will hurt more. Forecasters say the chances of a recession in 2020 are more likely than not.

“I hate to say it, but it will be the lower quintiles, middle-income groups will be hit harder, because they are at risk of layoffs,” said William Hoagland, senior vice president at the Bipartisan Policy Center.

Because a potential pandemic is at the heart of the downturn, service industries are likely to get hit harder than construction, which typically bears the brunt of a recession.

People in the leisure business, hotels, entertainment and restaurants, not to mention gig economy workers, may find themselves falling short.

For older workers near retirement, a downturn could shortchange their retirement savings.

“Older workers typically have more tenure, so they’re not the first to lose their jobs, but when they do it lasts longer, and sometimes it’s the last job they’ll ever have,” said Morrissey.

Those who do find another job often have to take a pay cut.

“Even if it’s a temporary dip, it could still have longer-term repercussions for workers approaching retirement. They might be retiring earlier than they want and not have the kind of savings they need,” she continued.

Because the virus causes more severe symptoms among the elderly, seniors may also face higher medical bills and an inability to work, a problem for those who aren’t given paid sick days.

Under Medicare, which has no cap on out-of-pocket expenses, people aged 65-74 already spend more than $5,000 a year, while those over 85 spend upward of $10,000, according to the Kaiser Family Foundation. Those figures would be expected to increase as the disease spreads.

Hoagland says lawmakers could also help seniors by relaxing rules that require certain retirement drawdowns. Morrissey recommends expanding programs like the earned income tax credit and consider a payroll tax holiday, which was used during the Great Recession as well.