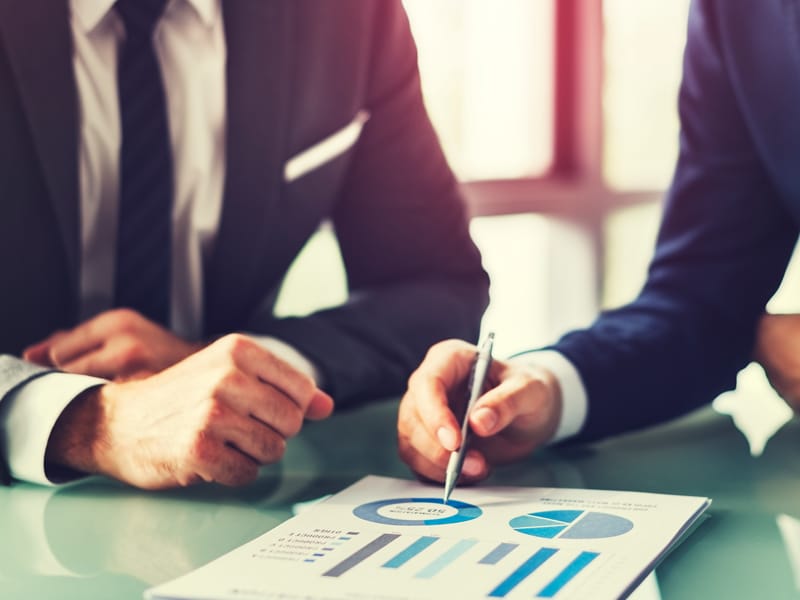 In July, millions of American investors received a new government-mandated form from their financial planners that required advisers to disclose past misdeeds. But hundreds of the firms didn’t tell the full truth, a Wall Street Journal analysis has found.

The Securities and Exchange Commission finalized the form last year at a maximum of four pages. The aim was to provide ordinary investors with a simple way of evaluating financial advisers by asking and answering a handful of basic questions about matters including fees, misconduct and conflicts of interest.

In a marketplace where existing disclosures were long and complex, investors have often been victimized when brokers with a record of misbehavior haven’t clearly reported that history.

Called a “customer or client relationship summary” or Form CRS, the disclosure was a linchpin of the agency’s high-profile effort to ensure that financial advisers act in their clients’ best interest. This followed a battle over the Labor Department’s effort under the Obama administration to craft a rule that placed a fiduciary responsibility on many financial advisers.

In November 2018, SEC Chairman Jay Clayton called the pending disclosure a “clear and concise” document that would help consumers decide whether to work with an investment professional. “No existing disclosures provide the level of transparency and comparability that the relationship summary will provide,” he said last year.

Instead, the new forms, which firms had to file by June 30, often contradict longer disclosures on the SEC website, the Journal’s analysis found.

At least 1,300 brokerage and financial-advisory firms incorrectly stated on the new document that neither they nor their financial professionals had legal or disciplinary histories, the Journal’s analysis showed. That is about 20% of the roughly 6,200 firms in the analysis that reported they had no past blemishes.

They include a firm that state regulators found had misrepresented and improperly disclosed fees, as well as firms where employees were fined by regulators for allegedly committing forgery, impersonating customers or selling unsuitable investments.

Only about 1,800 firms—nearly one-quarter of the roughly 8,100 reviewed—disclosed past problems.

An SEC committee said on July 27 that initial reviews have identified cases where the forms lack some disclosures. A spokeswoman for the agency said staff members have “observed areas where disclosure may be inaccurate or incomplete” and that the agency’s examiners will formally review the filings to ensure they are accurate and not misleading.

One of the questions each firm must answer: “Do you or your financial professionals have legal or disciplinary history?” The SEC’s instructions stipulate that firms must respond “yes” if they or their advisers have disclosed any of several problems, including regulatory penalties, legal disputes with customers or terminations by firms where they used to work.

However, about 80 firms in the Journal’s analysis didn’t answer either part of the question.

The Journal also identified 54 firms claiming to have a clean history on the new form that told the SEC otherwise on annual registration documents. And 26 other firms have adverse corporate disclosures on adviserinfo.sec.gov, a public search tool provided by the agency.

Nearly 1,300 firms failed to indicate that any of their current employees had disclosures elsewhere on the SEC’s own website.

All told, the Journal identified about 2,300 individual employees with disclosures that their firms failed to reflect on the new form. About 70% of those had customer complaints. Roughly 300 had disclosures of regulatory actions against them. A similar number had criminal histories, and about as many had left previous employers amid claims of misconduct.

‘Form CRS was supposed to cut through the dozens of pages of other disclosures and ought to summarize them accurately, so this kind of inconsistency strikes me as a huge fail.’— Nicole Boyson, business professor, Northeastern University
The Journal’s analysis excluded advisers whose only disclosures involved personal financial problems, which don’t always have to be reported on the new form.

Financial Services International Corp. of Edmonds, Wash., failed to report in its relationship summary that the firm had run-ins with regulators. Those disclosures are mentioned in a longer document on adviserinfo.sec.gov.

In 2012, Washington state regulators fined FSIC $25,000 and suspended its then-chief executive from any management role for 12 months. The regulators found FSIC employees had made “inadequate disclosures” and “misrepresentations” about fees and sold what the state deemed “unsuitable investments.” FSIC and its employees neither admitted nor denied the findings; the firm’s CEO at the time has since left.

In 2017, FSIC’s brokerage unit consented to a censure and $15,000 fine from the Financial Industry Regulatory Authority, a Wall Street watchdog, for failing to maintain sufficient net capital. FSIC neither admitted nor denied those findings.

Eight of FSIC’s advisers have disclosed events in regulatory filings available elsewhere on the SEC’s site. One paid $50,000 in 2004 to settle a customer complaint over a risky bond; another pleaded guilty to a misdemeanor count of battery in 1993; a third resigned from his prior firm in 2017 after he allegedly violated the firm’s policies on trust accounts.

“Form CRS was supposed to cut through the dozens of pages of other disclosures and ought to summarize them accurately, so this kind of inconsistency strikes me as a huge fail,” said Nicole Boyson, a business professor at Northeastern University who studies the financial-advice industry.

If firms are “opportunistically” omitting information, then the new form “may be giving a false sense of security to investors,” said Prof. Boyson. “That’s potentially incredibly harmful to consumers, and the SEC may have compounded the problem it was trying to fix.”

Infinity Financial Services Advisory of Oakland, Calif., said on its form dated June 2020 that “we do not have legal and disciplinary events.”

Even so, regulatory information displayed by the SEC at adviserinfo.sec.gov shows that 17 current Infinity employees have disciplinary or legal histories, not counting personal financial problems.

Among them, five have been fined, censured or suspended since 2015 by Finra. Regulators disciplined those advisers for practices including allegedly forging signatures, mismarking trade orders and engaging in unauthorized trading. None of the advisers admitted or denied Finra’s findings. Ten were terminated by former firms for, among other claims, allegedly impersonating a client or failing to disclose prior infractions.

“I’m not looking to not tell the public,” said Greg Gilbert, president of Infinity. “This document isn’t the end-all and be-all. It’s not a summary that’s trying to hide anything.”

He said the “no” response on its customer form was “an oversight mistake.” The day after Mr. Gilbert spoke with the Journal, Infinity filed a new form with a “yes” response to the disciplinary question.

Mr. Gilbert said none of the problems the advisers had at their prior firms have recurred at Infinity.

Cape Investment Advisory Inc. of McDonough, Ga., said on its form dated June 30 that the firm had no legal or disciplinary events. But it failed to disclose that some of its employees did have legal or disciplinary issues, as shown in regulatory disclosures displayed by the SEC on adviserinfo.sec.gov.

Among the 10 employees at Cape with a disclosure history was Michael Lovett. Formerly Cape’s chief compliance officer, his role was to help the firm follow rules meant to protect investors.

In 2015, Finra fined Mr. Lovett $5,000 and suspended him from any management role for six months after finding he had permitted a Cape employee to misappropriate $107,000 from a client even after the adviser admitted forging the client’s signature. That adviser was later banned from the securities industry.

Mr. Lovett said in an interview that he discovered the case, brought it to Finra’s attention and worked closely with the regulator to make sure no clients were harmed.

Finra disciplined Mr. Lovett twice before for allegedly failing to enforce rules to protect customers, with a total of $25,000 in fines in 2007 and 2003.

Another Cape employee, Paul Jacobs, was suspended from any management role for six months by Finra in 2016. The regulator alleged he hadn’t stopped brokers at a prior firm from generating more than $1 million in commissions by churning, or rapidly trading, customers’ accounts.

Mr. Jacobs was brought into the prior firm to communicate with Finra and to help close the firm down, he said in an interview, “and we did that.”

Both men consented to Finra’s sanctions without admitting or denying the allegations.

James Webb, Cape’s chief executive, said Messrs. Lovett and Jacobs will no longer be registered with the advisory firm as of September, although they still do work for Cape’s brokerage arm.

Mr. Webb said the two men had worked part time “in more of a consultant role,” rather than as “public-facing” advisers.

“There’s not any attempt to deceive or defraud the public,” said Mr. Webb. Cape intends to be “continuously adjusting” its Form CRS “as a living, breathing document that will grow over time,” he said.

In mid-August, Cape changed its response to the disciplinary question to “yes.””