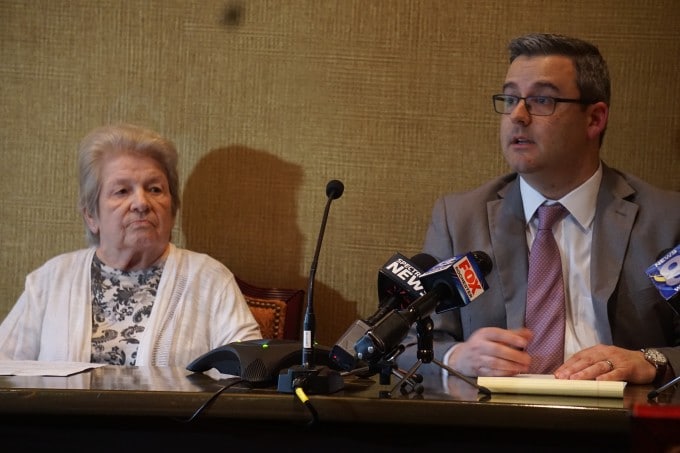 17 Jun ‘That’s not me!’ What happened when AXA played a recording in an arbitration

‘That’s not me!’ What happened when AXA played a recording in an arbitration

The attorneys for AXA Advisors thought they were about to catch James and Sandra Fitzpatrick flat-footed, but it actually proved to gotcha moment for the Fitzpatricks when the arbitrators “found themselves listening to a recording of a fraud taking place.”

The Fitzpatricks, a retired New York couple, saved $20 million from their successful egg farming operation in New York. However, the Fitzpatricks claimed to have been taken advantage of by Francesco Puccio, their AXA financial advisor. Specifically, the Fitzpatricks accused Puccio and AXA of negligence and other misconduct.

Before a panel of three FINRA arbitrators, AXA’s lawyer played what he said was a recording of the son speaking with customer service and demonstrating sophisticated investing know-how. But it wasn’t the son on the phone call.

The Fitzpatricks, AXA clients for over 30 years, live in Whitesville, New York. Whitesville is about 100 miles outside of Buffalo. When the Fitzpatricks longtime advisor retired in 2011, AXA assigned Francesco Puccio to be their new advisor. However, Puccio was in the middle of his own financial problems. At that time, he was struggling to pay back taxes to the IRS.

Puccio, 46, who said he was struggling at the time to pay back taxes to the IRS, sold the Fitzpatricks two “unsuitable” life insurance policies, two variable annuities and one fixed-income annuity that were no more than “commission grabs” to bolster his sagging finances, the couple said in an arbitration claim in November 2016. The Fitzpatricks sought damages from AXA for negligence, misrepresentation and breach of fiduciary duty.

Luckily for the Fitzpatricks, their son and daughter saw Puccio’s mugshot in the Rochester Democrat and Chronicle. This prompted their children to reach out to the law firm of Peiffer Wolf Carr & Kane.

[Puccio] had been convicted in January 2016 of larceny for stealing more than $100,000 from another client, a retired custodian named Shirley Kerwin.

‘I BROKE THE LAWS’

Before Puccio put Kerwin into unsuitable variable annuities, he persuaded her to make personal loans of more than $100,000 to on of his friends. However, Puccio didn’t disclose to Kerwin that he was actually having that friend give him the money. Puccio acknowledged that he was using Kerwin and his friend to direct the money to himself because of his own financial situation.

Though he disputed details of their conversation, Puccio told Financial Planning last month that, “With Shirley, I made a big mistake. I broke the laws.”

Luckily for Kerwin, she did “something that few victims of theft or fraud by their advisors wind up doing: She called the police.” Shortly thereafter, Puccio was arrested and convicted of second-degree grand larceny. As part of his sentence, Puccio promised to pay Kerwin $500 per month for five years. However, he still had problems meeting this obligation.

After FINRA FINRA barred Puccio from the industry, FINRA convened an arbitration panel to resolve the Fitzpatricks’ claims against AXA. As the case unfolded, AXA’s lead counsel played a recording of what he thought was the Fitzpatricks’ son speaking with AXA’s customer service department.

Seconds into the recording, Fitzpatrick blurted out, “That’s not me!” It actually was Puccio on the recording, not only impersonating Kerry Fitzpatrick, but providing a gmail account in the name of Fitzpatrick’s father, where AXA could send documents.

Puccio called AXA before he sold the Fitzpatricks a large insurance policy for a large commission. Peiffer Wolf contends that Puccio impersonated Kerry Fitzpatrick, the Fitzpatricks’ son, to ensure that they had enough money to pay for such a large policy.  The Fitzpatricks believe that he needed the commission to pay back Kerwin, which would keep him out of prison.

Despite Puccio’s impersonation of Kerry Fitzpatrick and status as a criminal, AXA maintained that Puccio’s treatment of the Fitzpatricks was “beyond reproach.”

“AXA did what it was supposed to do here,” Simms said in his closing statement in the arbitration. “It provided reasonable and suitable recommendations. It properly executed the transactions and it properly supervised Mr. Puccio in the process. Yes, Puccio had financial issues. Yes, he received large commissions on these five transactions. Yes, there may have been other choices for the Fitzpatricks. … Puccio provided practical solutions for them.”

However, the FINRA arbitrators disagreed. They concluded that AXA fell far short and awarded the Fitzpatricks $3.2 million. AXA only changed their tune after the $3.2 million award. “Beyond reproach” quickly turned into,

“We do not condone any actions by this individual, which were inconsistent with our policies and values,” it says. “The financial professional who was involved with this matter has not been affiliated with the company for more than five years.”

Jason Kane and Joe Peiffer see a systemic problem with the AXA advisors in upstate New York. Specifically, they point to the regulatory actions against upstate AXA advisors over the past 15 years that have led to over $24 million in fines.

“This is part of a much bigger pattern of AXA abuses in upstate New York,” Kane alleges. “While [the Fitzpatricks’ case] was the work of a financial felon, that felon worked within an atmosphere at AXA that allowed him to do it,” Kane says.

“Mr. Puccio’s conduct by no means reflects a ‘larger pattern of bad behavior’ among AXA Advisors’ thousands of associates, nor is the Fitzpatrick case part of any such alleged pattern,” the letter says. “AXA Advisors does not ‘expose’ its clients to individuals with ‘multiple red flags,’ and it promptly addresses any concerns related to its brokers. Its clients’ well-being is AXA Advisors’ top concern,” the letter adds.

However, a review of FINRA’s BrokerCheck records show,

[Out] of 336 brokers in Buffalo, Rochester and Syracuse, the three largest offices in AXA’s Empire division in upstate New York, 54 have regulatory disclosures — 16% of AXA’s FINRA-registered workforce in the area. Numerous brokers have multiple disclosures, which are all required by FINRA: personal financial problems, including bankruptcy or unsatisfied debts; complaints involving variable annuities; as well as criminal charges or convictions for offenses such as burglary, assault, criminal possession of a loaded firearm and identity theft.

According to Puccio, he claims to be sorry for what he has done. However, he also said, “I have a problem with lying.” But, he put the crosshairs back on AXA by saying, “The fact is, with all the audits that they did in my long career with them, they never found anything wrong. If you think it was that bad, then don’t sign off on it. If I did something wrong, then I should have been stopped.”

Peiffer Wolf Carr & Kane has helped thousands of investors who have suffered substantial losses. If you have Variable Annuities or Life Insurance Products in your investment portfolio, Contact Us by calling 585-310-5140 or by filling out an online Contact Form for a FREE Consultation.